Teens Make Decisions Everyday, Which Ultimately Determine Their Happiness Now and for Their Future...

Getting teen advice these days really isn't all that difficult. There are a multitude of resources for parents available today. Getting good teen advice is a very different story.

Once upon a time... there will always be two teens, that will stand in the same place at the same time on their journey of life... Dependent upon the critical choices that they make at this time - they will determine a journey through life - which will impact numbers untold.

This place will come - when they learn for themselves, the WHY-- of choosing well.

How can such a sharp fork, even a knife -- come in life, and at such a time - to a mere teenager? These teens -- who know so little of the world and its consequences...

What kind of teen advice are you giving as a parent, to your teenagers during these times? Are you holding your teens accountable for decisions they are making?

Are teens of today, during these years -- to be free of deep decisions and accountability for their choices?

This is the message that seems to come from every direction when you are a young teen and even into early adulthood. Don't think about that now. Why? You have plenty of time ahead to deal with the serious things of life. For now, the teen years should be a playful time of unrestrained playfulness.

Well, at least this seems to be a common attitude amongst many teens in society today.

Are these attitudes - only held by these teenagers? Much of the teen advice that is available to even teens themselves -will echo these messages as credible.

Who tells our teenagers "no" -- today? Who even suggests, that they wait... at least for a little while -- until they understand the consequences of choices, a bit more? What happened to delayed gratification or the principle and power of such discipline? 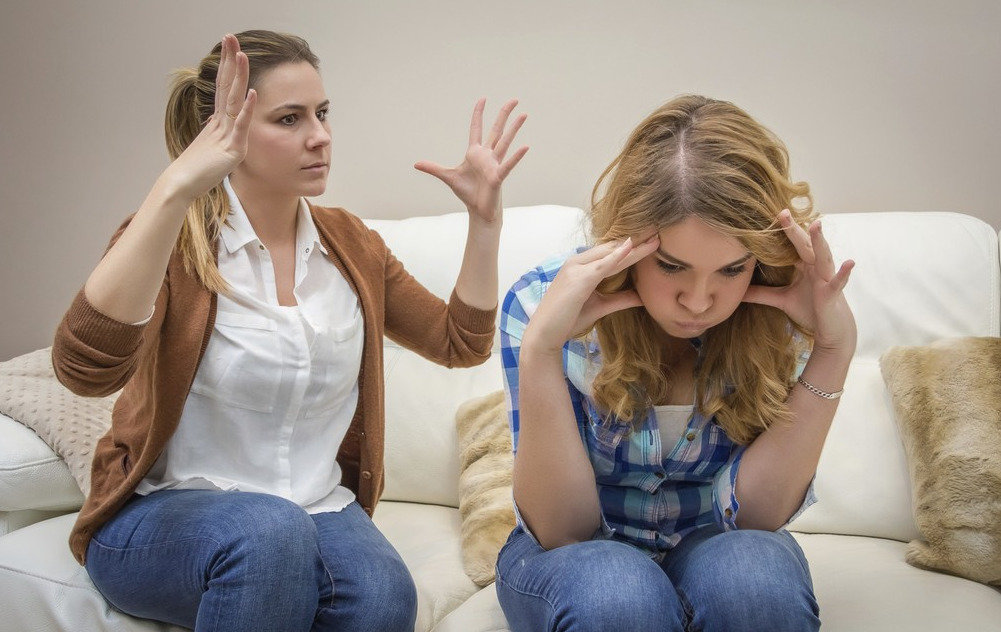 Should Teens Have Boundaries and Limits?

Why do we even have PG-13 ratings anyway? Is ANYONE enforcing these guidelines with teens today? Why not? Most parents seem to think, that once a child is thirteen - that now, they are mature enough to watch anything, that they choose. It is NOT that their parents can now consider these PG-13 movies and use their parental discretion as to whether or NOT - their teens are mature enough for viewing the contents.

Have you been to a movie theatre on a Friday night recently, and noticed how young the teens in the audience are these days, watching the same movie, that you the mature adult are old enough to watch? (or at least old enough to decide for yourself)

Excuse me, but when did our teens, today -- ever consider that there were limits on their exposure -- that they must abide by? Where is good teen advice and guidance for today?

How is it, that so many teens today -- are most likely living a life comparable to most adults -- in what they are exposed to and participating in?

Is there anyone, who actually believes or thinks that these teens, are really ready for this mature lifestyle? Then why the lack of restraint for our teens today? These young people, who are our leaders, mothers, fathers, parents, doctors, counselors, teachers, etc... of tomorrow?

If teens today are not taught the critical principles of choice, consequence and respect for authority - what are the possible results of this lack? What kind of perspective and wisdom, would we expect to find in these future parents? What will they know with conviction, that they may offer to their own children one day?

Where is the line for our teens, and is there a line still -- and who should be drawing that line for teens today?

If you had to throw out a guess, where do you think that most teens are exposed to the world - first? Meaning -- that which most of us would consider - potentially harmful to our children.

May I suggest, that it is through the media. Television, movies, music, videos, computers, cell-phones, etc...

How is it that our children, and our teenagers are so comfortable with the uncomfortable? And -- have you noticed, that not only among our teenagers, but the comfort level among many "good" parents as well, has become quite tolerant, of that which in past generations would have been outrageous to consider, because it was not tolerable?

These things "were" considered WRONG! Not just things to be tolerated by adults... or perhaps I should say, indulged in by them.

A Parent is First a Teacher, Who in the Future Will Be Known as a Best Friend...

Should we be concerned, that our teenagers today -- think that they are our equals, by the time they are thirteen? Where do they possibly even come up with the idea, that they are more equipped to parent themselves, than the parents who brought them into the world?

Could someone please tell me, because I really don't get it -- but, where have all the parents of these liberated teenagers gone? Ah, right... moms and dads give birth... but a parent, at least from this Writer's perspective, is a teacher... A teacher of morals and values, which are meant to guide a child through life, that they themselves will navigate their course with the least amount of pain and sorrow.

Heartbreak. No loving parent wants to see their young child suffer in any way physically, right? Or even see them have their feelings hurt by some bully on the block.

How is it then, that such lack of direction that is being insisted upon - by teens of parents today -- do not see the emotional crash of these very teens, coming head-on into their futures?

As parents, should we not be outraged at the suicide, depression, lack of feelings of worth, etc... that are rampant amongst teens today? Could these symptoms that are being experienced by these supposedly independent and mature teens -- either be caused, or even the consequences directly related to this lack of restraint allowed our teens?

As a parent, what kind of teen advice are you securing your teenager with?

Is the lack of restraint which is being inflicted or allowed, being done so -- by none other than those who profess to be teachers?

Could it be, that good parents today, may be suffering from a lack of delayed gratification themselves, and yet... we claim it is our children who are having such a problem with this?

We call these teenagers, difficult or angry -- particularly our teenagers who have this problem diagnosed. We are even known to call it ENTITLEMENT. In fact, teens are just down right demanding today! Don't you think?

Just where do they get off?

Is it possible, that parents could be afraid, to say no to their teens -- because it is they who are in need of instant gratification? And of course, this becomes generational. Yes, I am talking to the parents of teenagers, right now in particular - those currently parenting ether teens or pre-teens. You know the ones, birth to thirteen?

How difficult is it for a parent to to say no to their teen? How demanding have your teenagers "become"? Anger. Does this sound like a familiar response that you have experienced when saying no, to your "teens"? Was this experience shocking for you as a parent - when one day, your child, who is now a teen, told YOU "No"?

As a parent myself, having raised five children... I must say, that telling our children "no" today - has gotten, I believe.... much more difficult. Why?

Do our children need to be told "No", beginning at about the age of thirteen?

Okay, I am being sarcastic.

Peer Pressure and Issues With Instant Gratification and Entitlement...

Could it be possible, that there is peer pressure on parents, similar to that which we associate with and amongst our teenagers? Peer pressure to be liked by our teenagers, thus we avoid any kind of conflict? How many parents belong to this group - "When I grow up and have kids of my own..."?

So, how is this working for you?

Why do our teens need us to set limits for them, encourage them to abide by these limits and teach them that the results of their choices have long-term effects? How difficult can this be?

Is it or ever was it -- easy to be a parent, in the truest sense?

Why are we ignoring that which we should have come to understand ourselves, through our own experience -- but now, not be willing to teach our children the same life skills?

New-Age parenting - let them learn as they go?

A good question for parents to ask themselves is this -- Who are we taking care of today, when we refuse to parent our teens of tomorrow, while they are yet young and in need of guidance still?

What will be the future for your children... if you are interested in thinking that far out in front?

It is a privilege to be a parent. Parenting is the most difficult responsibility in the world. It requires the best in each of us, so that we may give the best to our children. Our children, are with us in our homes and under our influence - for such a short portion of their total life. These years, are the golden years of parenting.

Don't short-change your wonderful and independent children, of having the kind of parent - who is willing to be a parent.

There is no greater person in the life of any individual, than the person who taught One, the critical skills required - to ensure the greatest happiness in their lives...

A favorite quote about parenting...

"As parenting declines, the need for policing increases. There will always be a shortage of police if there is a shortage of effective parents! Likewise, there will not be enough prisons if there are not enough good homes."

Daisy Rowley is working as a parenting consultant, parenting time expeditor, parent coach, PhD writer at DoMyWriting.com's team. He loves his job because it gives his the opportunity to inspire others and share your thoughts with like-minded people.