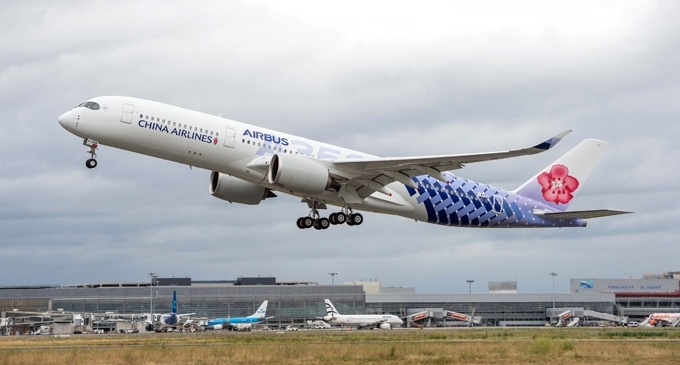 China Airlines (CAL), the largest airline and flag carrier of Taiwan has received its newest Airbus A350-900 aircraft, which features a unique joint livery that combines the airline’s distinctive plum blossom logo with exclusive A350 XWB carbon fibre pattern.

Following this delivery, China Airlines at present has 14 A350-900 aircraft in its fleet. The airline operates these aircraft on non-stop long-haul routes, including services from Taipei to Europe and North America as well as on selected routes in the Asia-Pacific region.

Innovations introduced with the A350 XWB Family include the most recent aerodynamic design, carbon fibre fuselage and wings, plus new fuel-efficient Rolls-Royce engines. Together, these features translate into unmatched levels of operational efficiency, with a 25 percent reduction in fuel consumption, compared with older generation aircraft of the same size, as well as significantly lower maintenance costs.