What Exactly Is A Charter School? 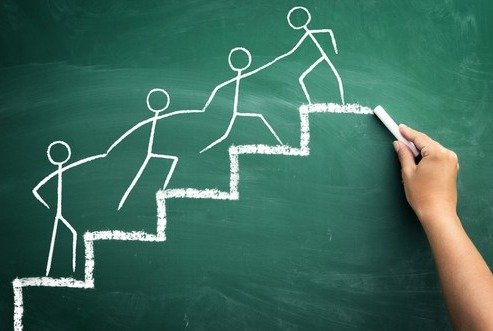 Though they’ve only been around in the United States since 1991, charter schools have proven themselves to be an extremely popular alternative to traditional public schools.

But despite their rapidly-growing popularity, many parents and students alike are still unsure about what exactly a charter school is: how do they compare to traditional schools? Are they really held to similar standards? Granted, some variation in the laws that govern charter schools exists from state to state, but there are also many characteristics that all charter schools share.

So today, we’re exploring this latter camp of general characteristics that define a charter school, while also looking at the specific philosophies implemented at The Rising School to create a charter school for student success in work and life for the 21st century.

It All Starts With A Charter

The charter of a charter school is a legally-binding document which outlines the goals of the school and concrete strategies that will be implemented to reach them. The process to earn a charter is lengthy and it can sometimes take years to receive the necessary approvals. Then once approved, charters generally outline the operations of the school’s next ten to fifteen years.

Contrary to popular belief, a charter must not only conform to all academic standards already in place for traditional public schools, but actually surpass them. This commitment to exceeding standards creates students who are better-positioned to thrive in the 21st century, but it also earns charter schools an additional amount of freedom in developing curriculum and assessing outcomes. At The Rising School, we’ve chosen to supplement academic excellence with an emphasis on fostering tomorrow’s leaders and instilling in them a strong sense of community involvement.

But That’s Only The Beginning

Once a charter is accepted, a school must continue to meet or exceed the standards outlined in its charter. Because charter schools like The Rising School are entirely publicly funded — parents or guardians don’t pay a cent of tuition — failure to adhere to the charter can result in a loss of funding and even closure of the school.

But at The Rising School we believe that the pursual of success far outweighs the risks of failure. Public schools are often weighed down by institutional inertia and a tendency toward the status quo, but The Rising School’s staff and faculty — many of whom have earned advanced degrees — stay at the leading edge of educational research and can swiftly implement changes if necessary. Additionally, our commitment to smaller class sizes means that each student receives an unprecedented level of individualized attention.

And this model is rapidly proving itself as a pathway to success: in tests like the AIMS Science Assessment, our students have outperformed others in local districts. Additionally, our early successes have resulted in our ability to offer 11th and 12th grades, beginning in the coming school year.