The Presidency has advised Nigerian opinion leaders to exercise restraint in their choice of words to avoid heating up the polity and causing acrimony across the country.

Defending President Muhammadu Buhari’s speech on Monday on his return from a medical vacation, the presidency said it is a matter of great satisfaction that a majority of the citizens welcomed the broadcast.

However, to critique the president for not responding restructuring on the country - whatever that means - is completely off the mark.

The Senior Special Assistant to the President, Garba Shehu, said the president has no power to impose restructuring on the country by military diktat, adding that the National Assembly members are the elected representatives of the people who can handle agitations for restructuring and other constitutional changes.

He explained that the president is constitutionally bound to work with the National Assembly to deal with such complex issues, reminding critics that the president would not exercise arbitrary powers or bypass the legislature in taking such fundamental decisions.

"Changes don’t happen on a whim in a democracy," said the statement, adding that "the ‘immediate effect’ military mentality cannot work under a democratic order" and that, "since the President has sworn to defend the constitution, he would remain faithful to that oath by working with the legislature in taking major decisions on the future of Nigeria’s federal system."

Mr. Shehu, however, noted that, while Nigerians are free to express themselves, they should exercise such liberty with restraint and a sense of responsibility.

He said calling President Buhari an enemy of Nigeria is in extreme bad taste, adding that nothing in Mr. 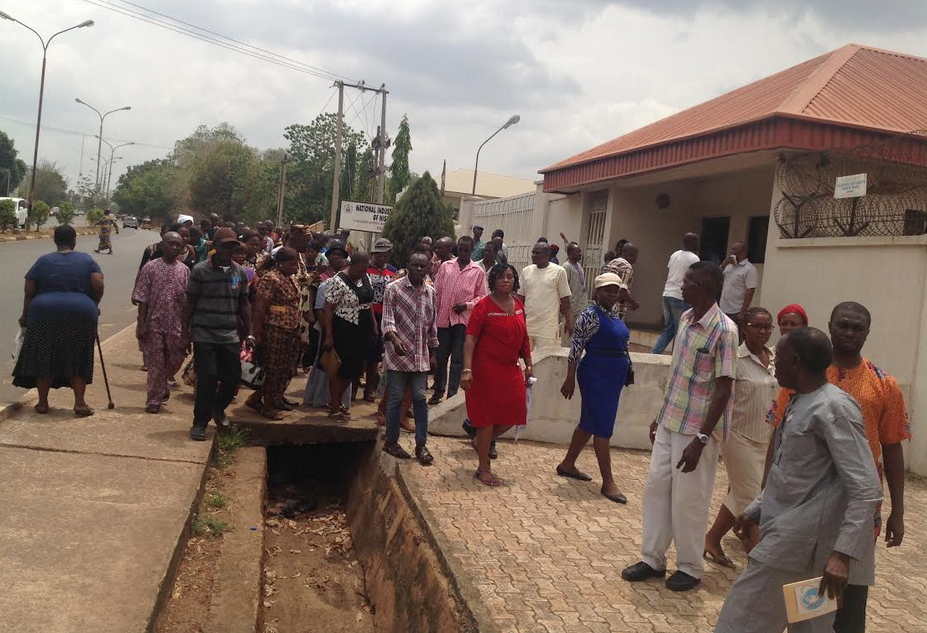 "The country’s parliament is ready and willing to discuss all issues but the pundits are more interested in TV and newspaper headlines. Threats don’t work in a democracy. Democracy requires planning and proper process.