President Muhammadu Buhari on Monday congratulated the national female basketball team, D’Tigress, on its victory at the 2017 FIBA Women’s AfroBasket Tournament in Mali and consequently qualifying Nigeria for the 2018 FIBA Women’s Basketball World Cup in Spain.

A statement by his chief spokesman, Mr. Femi Adesina, said Buhari joined other sports-loving Nigerians in saluting the heroic performance of the victorious D’Tigress over their Senegalese counterpart in the final of the 2017 FIBA Women’s AfroBasket Tournament on Sunday.
"The President commends the players for displaying uncommon strength, confidence, skill and dexterity in their victory over the defending champions.

"President Buhari urges members of the team and their handlers to remain focused and dedicated even as they prepare for greater glory to Nigeria at the forthcoming FIBA World Cup.
"The President assures the team, its managers and the Nigeria Basketball Federation (NBBF) of his support and that of the Federal Government to ensure that they excel against other top competitors in Spain," the statement said.

Meanwhile, Zenith Bank Plc, sponsors of the annual National Women League, yesterday joined other Nigerians in congratulating the D’Tigress over the AfroBasket victory.
The Group Managing Director of Zenith Bank, Peter Amangbo, on Monday showered praises on the players for going all the way to make Nigerians proud.

He said: "It was a sweet victory for the Nigeria. As sponsors of the national women league, Zenith Bank is a major stakeholder in the sport and we are happy with the feat achieved by D’Tigress
"We salute the hard work and determination of the players and officials of the team especially because they won all their matches in the competition."

The Zenith Bank boss however paid special tribute to the three home-based players who made the trip to Mali for the competition. They are Nikechi Akashili, Chioma Udeaja and Upe Atosu.
"Let me also congratulate the three worthy ambassadors of the Zenith Women Basketball League- Akashili, Udeaja and Atosu- who joined national camp just after the final of the Final 8 in Lagos. 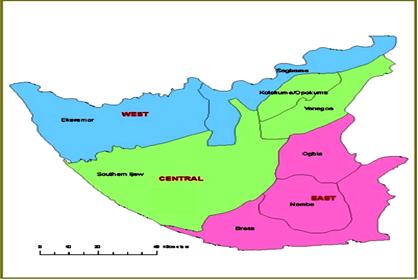 "We are particularly proud that of the home-based players invited out of which three eventually made the team. This is good for our investment in basketball over the years and we are encouraged to do more."

D’Tigress started the competition by beating Mozambique 80-69 in their first game, whipped Democratic Republic of Congo 84-47 in the second and defeated Egypt 106-72 to emerge the first team to book a place in the quarterfinal of the competition.

Nigeria also defeated Senegal 58-54 in the last group match, blew out Cote d’Ivoire 98-43 in the quarterfinals and pipped Mali 48-47 in the semis before beating Senegal 65-48 in the final.
The victorious team arrived Lagos last night from Bamako.