Sorry, sore hands! I was booted off DS yesterday mid-"post". ONe of those days?

Anyway --- rainy cold front here, ow!  But I take it over the Australian fires and heat. Holding everyone Down Under in our hearts. Stay safe!  (The Australians are evacuating using the Navy, IIRC.)

In 1496, according to his own diary, Leonardo da Vinci tested a flying machine, and failed. He wouldn't try again for years, and for godo reason. All of his designs required human limbs to flap like bird wings/fish fins. We aren't built that way. We anatomically cannot do that.  Glide, as in hang gliding, yes. Flap? Nope.

Today in 1924, English  "explorer" Howard Carter found the tomb of Tutankhamen near Luxor, Egypt. It was, fo ra rarity, not yet raided. Carter raided it. That's whyt he British museum has awesome Egyptian displays and... yeah.

Happy Admission to the USA Day for ALaska, admitted today in 1959. :-)

Today in 2000, the last daily, original Peanuts strip by Charles M Schulz appeared in newspapers. In honor of that... 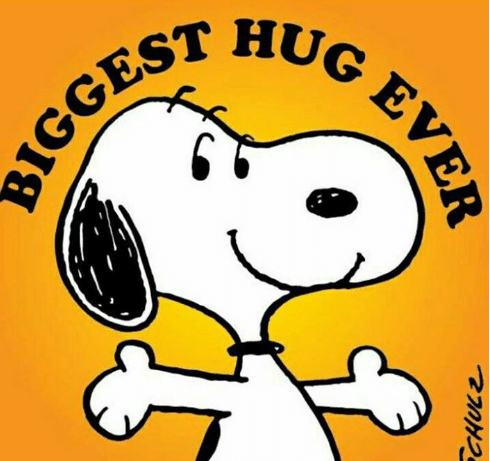 Fantod 01/03/2020
Morning Leo - Glad to see you this morning. I'm up early because I have an appointment. Did better with my CPAP last might. At the moment, I feel almost human. I got my CPAP cleaner yesterday so I will get that setup before I leave this morning.

We are getting 2-4 inches of snow this weekend. No big deal. We've had little to no snow for quite a while. My partner has some new scheme for the top of the pool so he doesn't have to keep clearing off rain and now snow. I've pretty much stopped doing anything out there. His idea - his problem to maintain. He plans to come home earlier today to implement his newest idea. He has done so much stuff out there that it will be equally as hard to undo it as it was to actually raise the pool from the ground to set it up.

I have to go and brush Smurf. I will try to check back later. Fridays are always really busy days for me. Waves at everyone!

Good to see you! Hang in there.

It's raining here today too...really gloomy. I did not want to get up at all.

One more day of work, and then yay weekend! I'm feeling a bit better mood wise today; not going to question why, I'll just take it. Yesterday wasn't too bad at work which might have something to do with it. I'm sure it's only temporary--the next meeting I have with my boss will likely be terrible. Still, I'll take what I can get.

I've been having a terrible flare up of the fibro pain, and the myofascial pain. There's a knot on the right side of my rib cage that's really tender and sore. I used thera-purr this morning; I cuddled my cat until it was time to go to work, which also contributed to the epic case of "don't wanna" this morning.

Wish you all a great day and a restful weekend.

AngelaJo 01/03/2020
Good morning! Got very triggered with my PTSD yesterday first time in a long time. Still shook up. I will post in my journal on it later once im okay too. I did not stay alone last night because the *threat* is still here. Lives across the hall. It wasnt me they went at but i saw it all. Pain is high but lower today then yesterday. Hope all are doing well!

1sugarbear 01/03/2020
Howdy Leo & everyone else . Great stuff today as usual. Love the dragnet - just the facts as often stated by Jack Webb.

Great sports about the Yankees.

However the most appealing thing to me was the 1924 discovery by Howard Carter as I understand I am kin to that mummy. Thank goodness that my nephew ran up the family tree for me.

Now here is the most interesting thing of all to me - my 8 year old grandson's actual name is Carter Howard. His twin sister is Carson Howard or C&C as papaw Mike calls them.

To you & all best wishes. Sugar Bear the hugging Bear!!!

Miki26 01/03/2020
Morning everyone. Leo that sucks about getting booted off. DS has seemed better lately but I guess not for everyone. I hope today is better. Hugs

Fantod-I'm glad things are going better with the CPAP, and that you're feeling better when it doesn't annoy the crap out of you. Good luck with your busy day

Today is already a clusterfuck..phone is busy, luckily not people who want appointments today because the doctors kid is sick so we had to reschedule a couple of today's appointments and not book anything new. Then my coworker got here and told me someone is quitting, which is a big deal because it doesn't happen often at all. And she's leaving to take care of her parents full time, which from what she's said doesn't seem necessary. They're moving in with her and they can't drive and shouldn't cook, and maybe need help managing meds, but otherwise they really aren't doing that bad, and she only works 2 days a week, so we're not sure if something's up that we don't know about. But it's going to shake things up around here. On a better note, I guess bf wants to get a tattoo of the bear drawing I did for his birthday, he told me last night, which is pretty cool. But now I need to get to work, this has taken over an hour to write. I'm sorry if I've missed anyone

BlueSky 01/03/2020
Aloha. Woke up at 4:30 and can't go back to sleep. Neck pain, feet pain, leg pain. There's always so much to do around here, I hardly get to sit down. I got a call yesterday that my chiropractor died. He was hit by a car while cycling. I'm shocked, you never know when your time is up.
In other news, in preparation for my coming classes I'm looking to buy a desk. I also look forward to having internet again. It's interesting how I grew up w/o it and did fine, but living without it now is highly inconvenient.

Maynard30 01/03/2020
Hello Everyone - Can't type much... at this point my hands hurt so much and are so swollen it is just not possible. I am reading and sending hugs, hot cocoa and prayers of better days to all. Wishing the rain we are getting was snow but curling up with a book for all I can this weekend. Have to do the couple of food errands and a manicure with a friend after she had some really crazy holidays. Okay, I'll check back tomorrow with normal, not clown, hands.
Join the Conversation
Posts You May Be Interested In