lorrieonline 05/02/2021
Robert Lustig:  The man who believes sugar is poison.
The maverick scientist has long argued that sugar is as harmful as cocaine or tobacco – and that the food industry has been adding too much of it to our meals for too long. A convert hears more about his theory 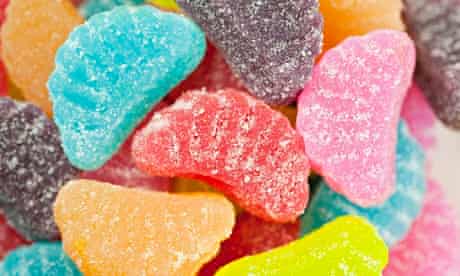 'We don’t have to ban sugar. But the food ­industry cannot be given carte blanche,' says Robert Lustig. Photograph: Nine Ok/Getty Images

If you have any interest at all in diet, obesity, public health, diabetes, epidemiology, your own health or that of other people, you will probably be aware that sugar, not fat, is now considered the devil's food. Dr Robert Lustig's book, Fat Chance: The Hidden Truth About Sugar, Obesity and Disease, for all that it sounds like a Dan Brown novel, is the difference between vaguely knowing something is probably true, and being told it as a fact. Lustig has spent the past 16 years treating childhood obesity. His meta-analysis of the cutting-edge research on large-cohort studies of what sugar does to populations across the world, alongside his own clinical observations, has him credited with starting the war on sugar. When it reaches the enemy status of tobacco, it will be because of Lustig.

"Politicians have to come in and reset the playing field, as they have with any substance that is toxic and abused, ubiquitous and with negative consequence for society," he says. "Alcohol, cigarettes, cocaine. We don't have to ban any of them. We don't have to ban sugar. But the food industry cannot be given carte blanche. They're allowed to make money, but they're not allowed to make money by making people sick."

Lustig argues that sugar creates an appetite for itself by a determinable hormonal mechanism – a cycle, he says, that you could no more break with willpower than you could stop feeling thirsty through sheer strength of character. He argues that the hormone related to stress, cortisol, is partly to blame. "When cortisol floods the bloodstream, it raises blood pressure; increases the blood glucose level, which can precipitate diabetes. Human research shows that cortisol specifically increases caloric intake of 'comfort foods'." High cortisol levels during sleep, for instance, interfere with restfulness, and increase the hunger hormone ghrelin the next day. This differs from person to person, but I was jolted by recognition of the outrageous deliciousness of doughnuts when I haven't slept well.

"The problem in obesity is not excess weight," Lustig says, in the central London hotel that he has made his anti-metabolic illness HQ. "The problem with obesity is that the brain is not seeing the excess weight." The brain can't see it because appetite is determined by a binary system. You're either in anorexigenesis – "I'm not hungry and I can burn energy" – or you're in orexigenesis – "I'm hungry and I want to store energy." The flip switch is your leptin level (the hormone that regulates your body fat) but too much insulin in your system blocks the leptin signal.

It helps here if you have ever been pregnant or remember much of puberty and that savage hunger; the way it can trick you out of your best intentions, the lure of ridiculous foods: six-month-old Christmas cake, sweets from a bin. If you're leptin resistant – that is, if your insulin is too high as a result of your sugar intake – you'll feel like that all the time. 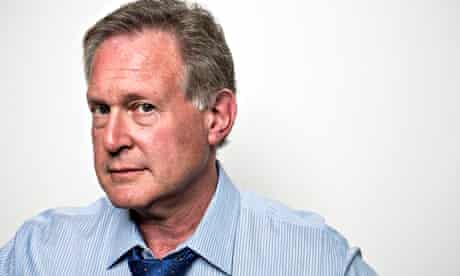 Telling people to simply lose weight, he tells me, "is physiologically impossible and it's clinically dangerous. It's a goal that's not achievable." He explains further in the book: "Biochemistry drives behaviour. You see a patient who drinks 10 gallons of water a day and urinates 10 gallons of water a day. What is wrong with him? Could he have a behavioural disorder and be a psychogenic water drinker? Could be. Much more likely he has diabetes." To extend that, you could tell people with diabetes not to drink water, and 3% of them might succeed – the outliers. But that wouldn't help the other 97% just as losing the weight doesn't, long-term, solve the metabolic syndrome – the addiction to sugar – of which obesity is symptomatic.

Many studies have suggested that diets tend to work for two months, some for as long as six. "That's what the data show. And then everybody's weight comes roaring back." During his own time working night shifts, Lustig gained 3st, which he never lost and now uses exuberantly to make two points. The first is that weight is extremely hard to lose, and the second – more important, I think – is that he's no diet and fitness guru himself. He doesn't want everybody to be perfect: he's just a guy who doesn't want to surrender civilisation to diseases caused by industry. "I'm not a fitness guru," he says, puckishly. "I'm 45lb overweight!"

"Sugar causes diseases: unrelated to their calories and unrelated to the attendant weight gain. It's an independent primary-risk factor. Now, there will be food-industry people who deny it until the day they die, because their livelihood depends on it." And here we have the reason why he sees this is a crusade and not a diet book, the reason that Lustig is in London and not Washington. This is an industry problem; the obesity epidemic began in 1980. Back then, nobody knew about leptin. And nobody knew about insulin resistance until 1984.

"What they knew was, when they took the fat out they had to put the sugar in, and when they did that, people bought more. And when they added more, people bought more, and so they kept on doing it. And that's how we got up to current levels of consumption." Approximately 80% of the 600,000 packaged foods you can buy in the US have added calorific sweeteners (this includes bread, burgers, things you wouldn't add sugar to if you were making them from scratch). Daily fructose consumption has doubled in the past 30 years in the US, a pattern also observable (though not identical) here, in Canada, Malaysia, India, right across the developed and developing world. World sugar consumption has tripled in the past 50 years, while the population has only doubled; it makes sense of the obesity pandemic.

"It would have happened decades earlier; the reason it didn't was that sugar wasn't cheap. The thing that made it cheap was high-fructose corn syrup. They didn't necessarily know the physiology of it, but they knew the economics of it." Adding sugar to everyday food has become as much about the industry prolonging the shelf life as it has about palatability; if you're shopping from corner shops, you're likely to be eating unnecessary sugar in pretty well everything. It is difficult to remain healthy in these conditions. "You here in Britain are light years ahead of us in terms of understanding the problem. We don't get it in the US, we have this libertarian streak. You don't have that. You're going to solve it first. So it's in my best interests to help you, because that will help me solve it back there."

The problem has mushroomed all over the world in 30 years and is driven by the profits of the food and diet industries combined. We're not looking at a global pandemic of individual greed and fecklessness: it would be impossible for the citizens of the world to coordinate their human weaknesses with that level of accuracy. Once you stop seeing it as a problem of personal responsibility it's easier to accept how profound and serious the war on sugar is. Life doesn't have to become wholemeal and joyless, but traffic-light systems and five-a-day messaging are under-ambitious.

"The problem isn't a knowledge deficit," an obesity counsellor once told me. "There isn't a fat person on Earth who doesn't know vegetables are good for you." Lustig agrees. "I, personally, don't have a lot of hope that those things will turn things around. Education has not solved any substance of abuse. This is a substance of abuse. So you need two things, you need personal intervention and you need societal intervention. Rehab and laws, rehab and laws. Education would come in with rehab. But we need laws."

The Obamas hate him, he says, because they don't want to fight the industry. "They've got a lot of enemies. I'm not mad at them. I actually kind of like them." On paper, Lustig is absolutely livid. "In America we have this thing, it's called the Declaration of Independence. We are entitled to life, liberty and the pursuit of happiness. It doesn't say a damned fucking thing about the pursuit of pleasure." But he has seen how it worked with tobacco. It took a long time, he says, but industries can't poison people en masse for ever.

His predictions for world health are apocalyptically pessimistic. Yet in his bearing, he has the deep-rooted optimism of a person who knows the fight is worthwhile, and believes that, in the end, he'll win it.
https://www.theguardian.com/lifeandstyle/2014/aug/24/robert-lustig-sugar-poison

I just learned that Robert Lustig's new book "metabolical" will be released May 4. His interview with Dr. Mercola was fabulous, passionate and at times, heated, but all in the name of health.  What a great interview!  I was debating about ordering the audible version but I so prefer having a book in my hand to rifle through the topics, the pages, without exposing myself to more of these blue light toxins from the computer screen.  Getting a monitor cover to screen the blue light is probably something long overdue as well. Enjoy the rest of the weekend.  ♥
Mercola Interview of Lustig

lorrieonline 05/02/2021
This is lengthy but our health is worth it. Another encouragement to leave behind the processed food and that includes sugar. Some already know that names like Rockefeller and Kellogg have been behind promoting the foods that are toxic because of their ties to big corporations.

lorrieonline 05/05/2021
Hope it helps to revisit golo.com, Caroline. From everything I've studied, the whole, fresh food approach seems to be the best way to restore and keep our health in tact. There are too many chemicals/addictive things in the standard American diet. I've been having some oatmeal with chopped walnuts and berries for lunch now and then. (I add some brewer's yeast and flax seed too.)

FlRetired 05/06/2021
Wow, that sugar can sure do us harm. Your oatmeal sounds good Lorrie. My weight the same this week. Husband still in nursing home, but showing improvement. We spent our 45th wedding anniversary apart. Stay safe and healthy.

lorrieonline 05/07/2021
FlRetired: Happy anniversary to you and your husband. Glad he's improving and I'm guessing you'll have a nice celebration when he gets back home. ♥

As for me, my weight is back up again. Those same few pounds seem to fluctuate "off again, on again." I've got several books home from the library, planning to glean more motivation and encouragement. I've increased my exercise minutes and am hoping this is going to be what's needed to stay on the reducing track.
Join the Conversation
Posts You May Be Interested In